Mallin Consultants Ltd. provides access to a group of specialized subsea cable and network engineering consultants from its head office in North Vancouver, BC, Canada.

Personnel from Mallin Consultants had responsibility for all aspects of the implementation of several telecommunications systems including the Hibernia trans-Atlantic system; the GlobeNet system from New York to Rio de Janeiro; the SeaVan system from Seattle to Victoria to Vancouver; and the NEPTUNE Canada observatory system. We have also worked on the Northstar system from Seattle to Alaska; the BC Hydro power cables from Vancouver to Victoria and cabling for a tidal energy testbed in Victoria.

Our work is primarily on behalf of system owners. However our close contact with contractors during system implementation keeps our personnel on top of current design and construction techniques, which in turn leads to appropriate specification that allows designs that are sensitive to the requirements of the Owner while meeting the Suppliers’ capabilities.

We strive to maintain a position of leadership in the field. We were involved in the first subsea system to cross land and terminate in a city remote from the ocean; in the first agreement between fishers and cable owners in North America; in the first start to finish use of integrated GIS in cable system planning and implementation; and we were responsible for implementation of the core infrastructure for the first large scale multipurpose cabled ocean observatory. 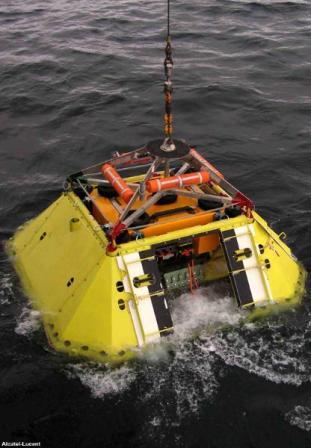